20 Signs That The U.K. Has Become The Most Oppressive Big Brother Society On Earth 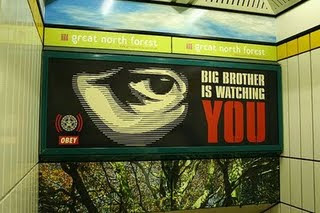 When George Orwell wrote 1984, he probably never imagined that society would actually become that oppressive. Yet in some nations of the world it has. In fact, in nations such as the U.K., "Big Brother" controls have now been implemented that are so bizarre that Orwell could not have possibly envisioned them during the time in which he lived. The truth is that the U.K. has become a society run by elitist control freaks. The most intimate and personal details of the lives of millions of people in the U.K. are tightly monitored and controlled by a ruthless technocracy that would have been unimaginable just a few decades ago. The following are 20 signs that the U.K. has now become the most oppressive Big Brother society on earth.....

#1) The U.K. has more surveillance cameras per citizen than anywhere else in the world. In fact, according to one estimate, there are 4.8 million video cameras constantly watching every move citizens make.

#2) Government education inspectors in the U.K. have announced that the 40,000 parents who homeschool their own children must undergo criminal records checks.

#3) U.K. authorities are now admitting that every phone call, text message, email and website visit made by private citizens will be stored for one year and will be available for monitoring by government agencies.

Posted by Veritas Radio with Mel Fabregas at 10:34 PM