The Reason Some People Always Focus On The Negative

If we look at the physical world, we find that negativity is present -- ordered things have shown the tendency to become disordered sooner or later, however natural. The same applies to human behavior, however genetic. A new study by a University of British Columbia researcher finds that some people are genetically predisposed to see the world darkly. 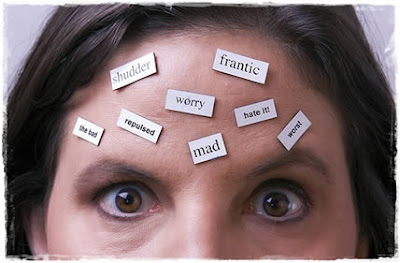 It is interesting to see that the human mind which is considered to be the most ordered and conscious system in the world is not left untouched by the negative effects of the environment. Negativity is all-pervasive, it seems.

The study, published in Psychological Science, finds that a previously known gene variant can cause individuals to perceive emotional events--especially negative ones -- more vividly than others.

The ability to regulate emotions is essential to both mental and physical well-being. Conversely, difficulties with emotion regulation have been postulated as a core mechanism underlying mood and anxiety disorders.

The ability to identify and distinguish between negative emotions helps us address the problem that led to those emotions in the first place. But while some people can tell the difference between feeling angry and guilty, others may not be able to separate the two. Distinguishing between anger and frustration is even harder. Emotions can also become problematic -- for example, for people with depression who can't stop thinking about negative thoughts.

"This is the first study to find that this genetic variation can significantly affect how people see and experience the world," says Prof. Rebecca Todd of UBC's Dept. of Psychology. "The findings suggest people experience emotional aspects of the world partly through gene-coloured glasses -- and that biological variations at the genetic level can play a significant role in individual differences in perception."

For the rest of the story: http://preventdisease.com/news/13/101413_The-Reason-People-Always-Focus-On-The-Negative.shtml
Posted by Susan at 1:20 PM