This 'Box Of Crazy' Illustrations Has Reddit All Worked Up

The Box of Crazy is getting a lot of Redditors hot and sweaty right now, and if you’re into treasure, aliens, maps and mystery, this has it all waiting for you.

“I was told that you’d like to see this Box of Crazy illustrations” is the title of Redditor TramStopDan’s original post. 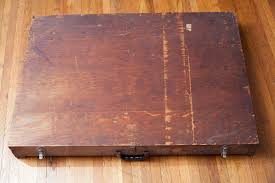 It links to his imgur post of 102 images. Images of, well, all sorts of crazy, starting with several pages of suspiciously uniform text regarding a possible UFO sighting and the study of it by the “Arial Phenomenon Research Organization” (note the typo in “Arial”), with particular reference to the STEALTH project.

From the looks of it, TramStopDan became a, imgur member purely in order to post them, as it’s his only album.

That might be your first clue there, conspiracy theorists.

TramStopDan claims a friend found a box containing the images by some trash cans near his house.

The earliest dates TramStopDan can see are from the early 30s and he’s pretty sure they belong to someone called Daniel Christiansen.

Following the pages of bizarre text is quite a journey, which you should take, but here a few highlights:

For the rest of the story: http://www.businessinsider.com/this-box-of-crazy-illustrations-has-reddit-all-worked-up-2013-11
Posted by Susan at 9:32 AM