The Possible Connection Between Nikola Tesla and ETs 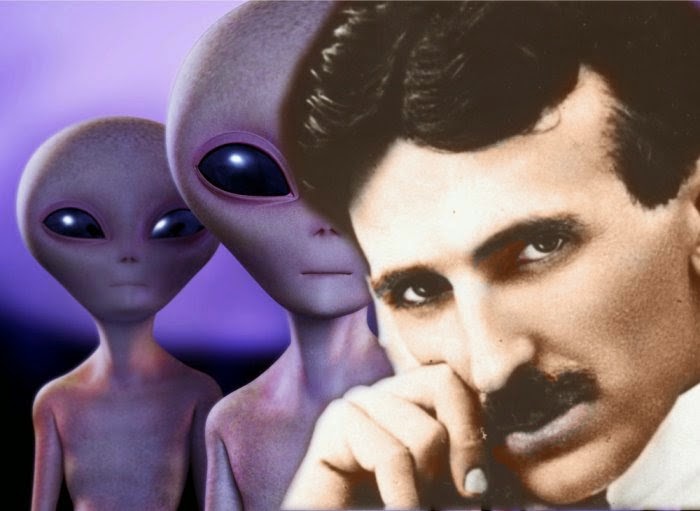 Nikola Tesla was one of the greatest minds of all time and was considered to be the father of the 21st century. There were rumors that Tesla received his inventions from E.T. sources. Was this the main reason every step Tesla made was monitored by the elite?

Many devices that we use today contain Tesla’s patents, ideas, concepts. Most people have no idea that Tesla is behind these inventions. However, we rarely hear his name mentioned, especially in school books. His genius was often too much both for ordinary people and the elite.

From bankers like JP Morgan to politicians, jealous, scientists, and others, the goal was to not only stop him from bringing these inventions to humanity but to steal them while keeping it out of the public eye.

His research was a threat to everything humanity was allowed to know. Could there have been something hidden about Tesla that was an even bigger threat?

Tesla’s entrance into this world

Tesla’s birth is mentioned in many stories, especially in the region of the Balkans. Tesla was born on July 10th, 1856 in a village in what was then Austro-Hungarian empire which is modern-day Croatia. His mother had a midwife helping her that night when Nikola was about to be born. There was relentless thunder outside.

The story goes on to say that the midwife was very scared, but Tesla’s mother told her not to be afraid, that her child would be a very important person.

When the midwife started getting used to relentless thunder outside the house, she asked Tesla’s mother how she knew the baby would be a very important person. Tesla’s mother responded that she did not know how but she simply knew.


For the rest of the story: http://humansarefree.com/2014/11/the-possible-connection-between-nikola.html
Posted by Susan at 12:00 PM