Will religion ever disappear? 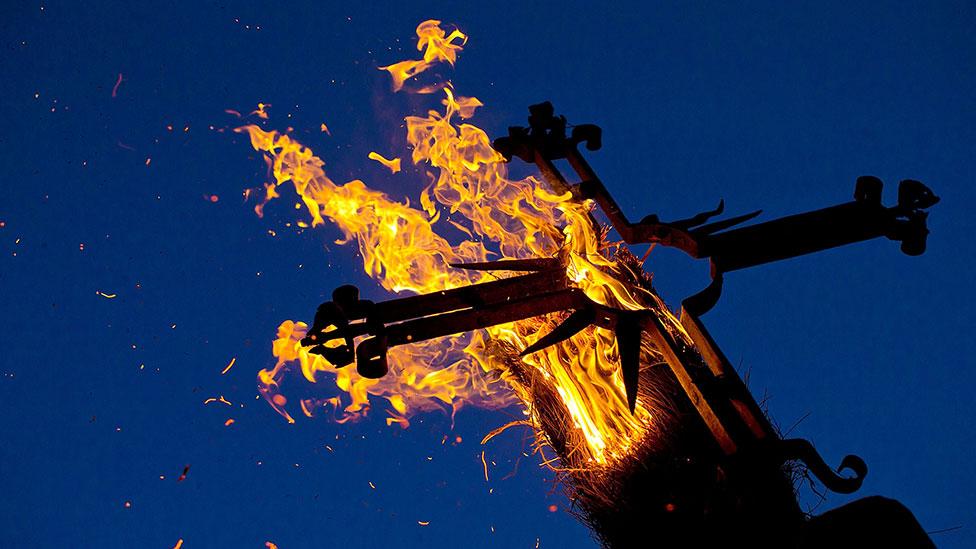 The lighting of a cross during the Christian Los Escobazos Festival in Spain, celebrating the conception of the Virgin Mary (Getty Images)

Atheism is on the rise around the world, so does that mean spirituality will soon be a thing of the past? Rachel Nuwer discovers that the answer is far from simple.
A growing number of people, millions worldwide, say they believe that life definitively ends at death – that there is no God, no afterlife and no divine plan. And it’s an outlook that could be gaining momentum – despite its lack of cheer. In some countries, openly acknowledged atheism has never been more popular.

“There’s absolutely more atheists around today than ever before, both in sheer numbers and as a percentage of humanity,” says Phil Zuckerman, a professor of sociology and secular studies at Pitzer College in Claremont, California, and author of Living the Secular Life. According to a Gallup International survey of more than 50,000 people in 57 countries, the number of individuals claiming to be religious fell from 77% to 68% between 2005 and 2011, while those who self-identified as atheist rose by 3% – bringing the world’s estimated proportion of adamant non-believers to 13%.

While atheists certainly are not the majority, could it be that these figures are a harbinger of things to come? Assuming global trends continue might religion someday disappear entirely?

It’s impossible to predict the future, but examining what we know about religion – including why it evolved in the first place, and why some people chose to believe in it and others abandon it – can hint at how our relationship with the divine might play out in decades or centuries to come.